When managing student behavior I try to balance a mixture of kindness and understanding with research-based strategies. It all starts with teaching a student why their behavior is problematic. The earlier we can help students practice empathy and accountability - the better the chance of them growing into respectful, reasonable and sympathetic adults who can regulate their own actions. When this approach fails, I turn to PBISWorld as a resource.

Below are examples of behavior intervention plans I created for two students. Their names have been changed to protect their privacy. Each plan has three tiers. Only the plan for Milo was implemented as Bella was not my student. I committed to each tier on Milo's plan for at least 6 weeks before moving on to the next. I had multiple parent/teacher conferences (with the department supervisor sitting in on occasion) and open communication with his parents throughout plan implementation. His parents were supportive and tried to mirror my strategies at home.

Milo was a 3 year-old only child who struggled with sharing adult attention with his peers in the classroom. When he felt ignored or bored, he would make some bad choices. He often ran away from teachers and sometimes spat at or hit school administrators (including myself). During these episodes, Milo would laugh as if it were an amusing game and act defiantly against any attempts at controlling his fun.

This is the three-tiered plan I designed for Milo: 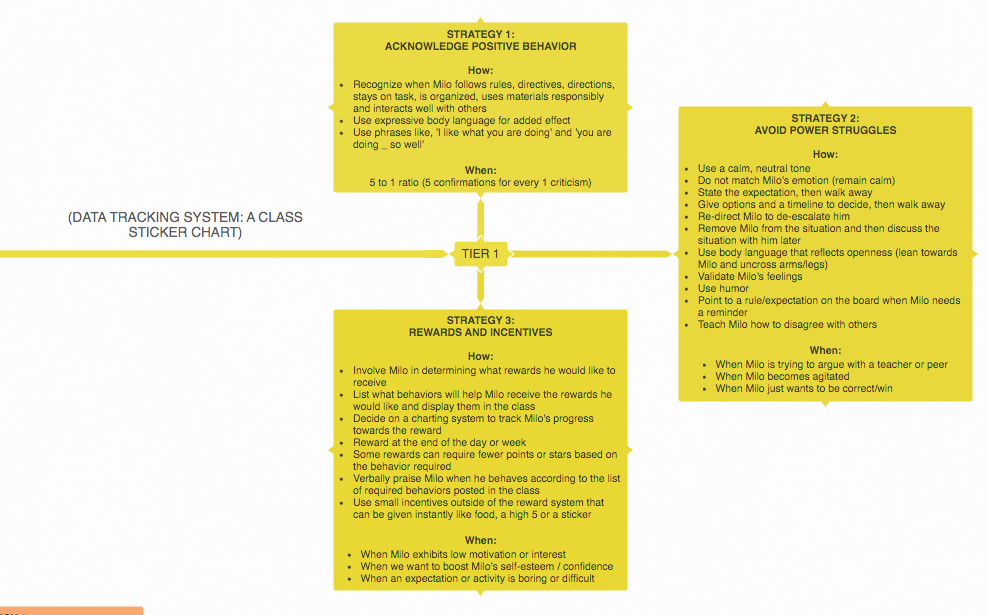 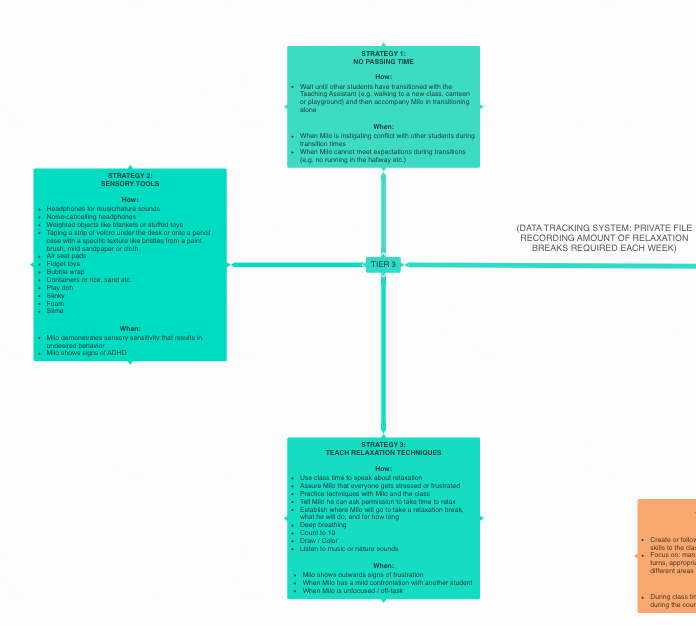 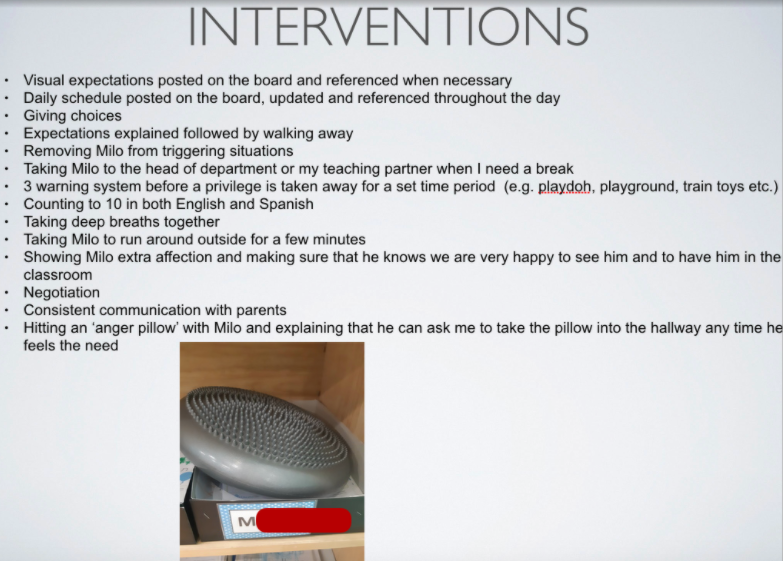 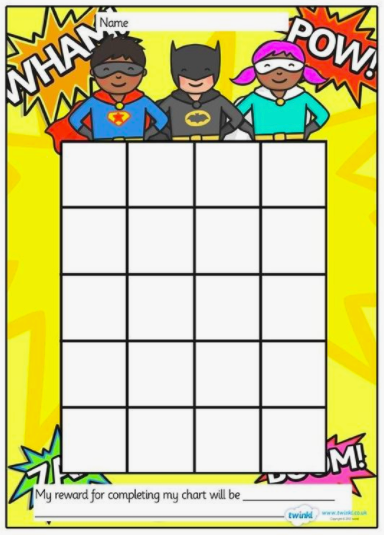 In the beginning, I used a sticker chart to motivate Milo with incentives and made sure the chart had a superhero theme as he loves superheroes. Source: twinkl.com

Milo's behavior improved significantly over the course of a few months so I phased out some of the interventions over time (including the sticker chart).

After a long break, Milo returned to school and his old behaviors started rapidly reappearing. I decided that it was time to try a daily behavior chart that focused on the behaviors we most wanted to address. I made the chart as uncomplicated as I could so that Milo could fill it out with me at the end of every day before taking it home to his parents. 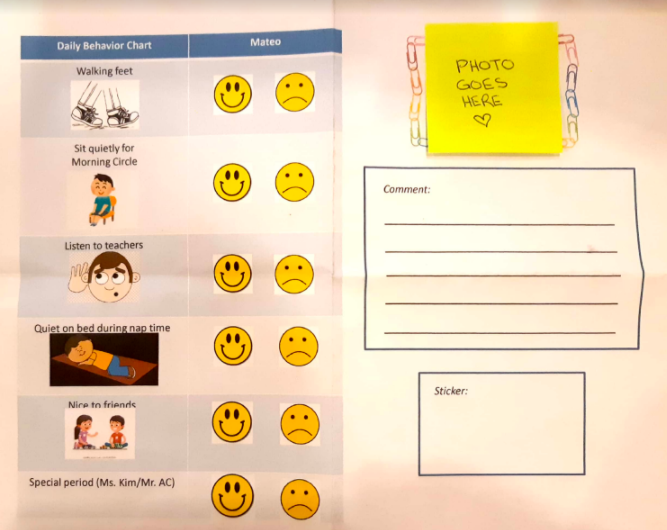 Daily Behavior Chart to be sent home. With enough smiley faces - a sticker would be earned.

I'm happy to say that Milo made tremendous progress by the end of the year and I am confident that he will continue making better choices with time and maturity.